Kawakawa’s Memorial Park uses green materials like Abodo timber as a tribute to the ecological legacy of Hundertwassar.

This new facility in Kawakawa continues the environmental and artistic legacy of late Austrian artist, architect and dedicated local resident Friedensreich Hundertwasser with a building that uses eco-friendly materials and invites visitors and locals to come together and celebrate the arts and culture of the area.

After many years of planning and fundraising, Te Hononga Hundertwasser Memorial Park in the Far North town of Kawakawa was officially opened in October 2020.

The Park provides community and arts facilities for Kawakawa, while commemorating the late Austrian artist Friedensreich Hundertwasser, who is credited for breathing new life into the town with the design and build of his famous toilet block.

Hundertwasser lived off the land on his nearby rural property and had a deep love for the Bay of Islands. His toilet block building was the last structure he designed and built before his death in 1999, and his only building in the southern hemisphere.

Te Hononga Hundertwasser Memorial Park takes some pressure off the famous toilet block - which is a popular photo op for tourists each year - and furthers opportunities for economic regeneration for the small town. The Park includes an art gallery; town square; pay-per-use showers and toilets for freedom campers; library and community centre; as well as an interpretive centre and memorial to Hundertwasser.

Expanding on the environmental ideologies of the late artist and architect, the project called for natural materials with a low environmental impact.

Architectural designer Pip Bolton of Avail Pacific in Kerikeri created the design. She chose to use Abodo Vulcan Cladding as a natural timber to offset the rammed earth wall elements, which are a significant feature of the building’s design and reflect Hundertwasser’s love of natural materials and forms.

The design of the building reflects two hearts coming together, which means all walls are curved. The Vulcan is in a WB10 145x20 profile, which allows for the curved facade.

Finished in Sioo:x Natural Wood Coating, the cladding can be left to silver off naturally and requires little maintenance. Abodo worked with the designers to embed artworks into the facade, another major feature of the look and feel of the building.

The Memorial Park is a celebration of the late artist and also exemplifies the ways in which he brought people together through his love for the land and for creativity. The project involved many dedicated hands and is testament to the ingenuity of the Kawakawa people. 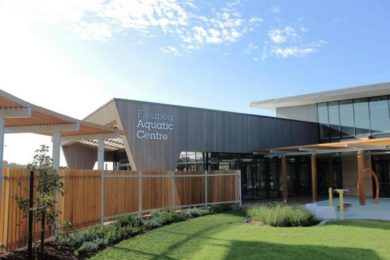 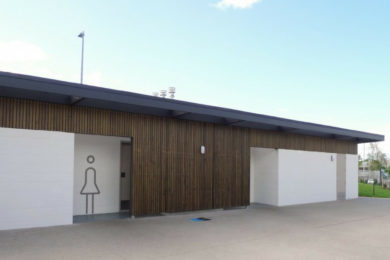